Office of the State Engineer

Are you having trouble finding the page you are looking for?
Feel free to contact us to find services and information available on this site.

Office of the State Engineer

Brief History of the Office of the State Engineer

When New Mexico became a state in 1912, the new constitution adopted the water doctrine of prior appropriation that is embodied in the Code and, through Art. XXII, Sec. 4, made the Territorial Water Code the State Water Code. In the century that has followed, New Mexico’s water history has included the creation of water projects, the establishment of water compacts between New Mexico and its neighbors, floods, droughts, new hydrologic insights, negotiations with Native American groups, lawsuits over the claims of endangered species, and a commitment to an approach to water management that preserves water rights while also allowing for growth and change in the state. The foresight shown by the creators of the 1907 Water Code, together with the continuing work of many New Mexico citizens over the last hundred years, has given us the framework through which that challenge can be met. 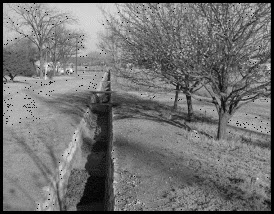 In the early part of the century, the milestones of water history revolved around creating the physical and legal infrastructure through which water could reach an efficient use. The Rio Grande Project and Pecos River projects were built, and compacts among New Mexico and its neighbor states were negotiated. A groundwater code was added to the State Water Code, and the State Engineer’s authority to regulate groundwater was affirmed. The Interstate Stream Commission was created to investigate, protect, conserve and develop New Mexico’s waters.

The mid-century was marked by natural events that showed the power and importance of water. The massive floods of 1941 brought forward a need to improve the science of flood management and changed the map of New Mexico. This was followed by severe droughts in the 1950s, which, together with advances in pumping technology, created a new emphasis on groundwater use.

These experiences, and New Mexico’s continuing growth, stepped up interest in both the adjudication and the administration of water through the State Water Code. Adjudication lawsuits were filed on various rivers throughout the state. At the same time, State Engineer Steve Reynolds asserted the administrative authority to recognize the hydrologic reality that ground and surface water were interconnected, and should be conjunctively managed whether or not an adjudication of the water rights involved had been completed. After a hard legal fight, the New Mexico Supreme Court agreed, and a new era of water administration began.

The last part of the century has seen demands for water increase greatly, giving rise to conflict. Lawsuits under New Mexico’s compacts have been filed, such as the one by the State of Texas claiming that New Mexico had under-delivered under the Pecos River Compact. In addition, through the adjudication lawsuits, many claims to water have been asserted, including, for example, the claims of Native American groups. Environmental groups have sued to make sure that water would be available to preserve endangered species in New Mexico’s rivers and wetlands.

Recently, these calls on New Mexico’s water have been addressed through a program of planning, negotiation and compromise. A coalition of interested people throughout the state came together in 2003 to create the State Water Plan to set priorities for water and to ensure that all voices were heard. New Mexico can now point to a proud tradition of settlement of water issues. The Pecos River settlement was recently upheld by the New Mexico Court of Appeals. A variety of Native American water rights settlements have been signed and await ratification. Extensive work has been done to bring interested parties together to protect New Mexico’s environment without interfering with established water rights.

New Mexico’s water future is best assured by listening to all of the experiences of the last century. The work of the original Water Code in calling for adjudication by the courts and administration by the State Engineer must be heeded, and the physical and legal infrastructure on which established water rights depend must be protected. Hydrologic reality must be recognized both in protecting New Mexico from floods and in addressing drought in a practical way through conjunctive management of surface and groundwater. Finally, the spirit of planning and negotiation should be honored. The most recent avenue for this is State Engineer John D’Antonio’s Active Water Resources Management initiative, through which all parties interested in water can build the processes that will allow the vision of the writers of the 1907 Water Code to become a reality.